The IPA represents sounds in oral languages, such as phones, phonemes, intonation, and the separation between words and syllables, not letters of the alphabet. IPA can have multiple representations for the same letter, and distinct letters can represent the same sound. For example, American English has 26 letters and 44 phonemes, and “Ʊ“ exists in both “Put” and “Look.”

The International Phonetic Alphabet is different from the NATO Phonetic Alphabet, which focuses on the representation of alphabet letters with code words to simplify communication, especially in the military, aviation and maritime.

Speech recognition technology uses pronunciation and matches the spoken words to the ones in the model. Models, by default, have thousands of words in their lexicons. Leopard Speech-to-Text, for example, has over 300,000 words. However, the generic models do not contain all the words, especially industry-specific jargon, proper nouns or made-up words. If STT doesn’t have the word, it tries to generate it automatically, resulting in accuracy problems. Users fine-tune generic models for their use cases on self-service tools by “teaching” written (letters) and spoken (IPA symbols) versions of words. 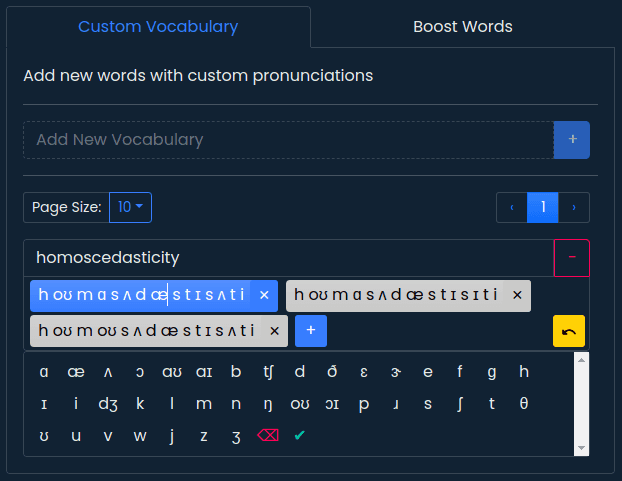 How to Transcribe Words into IPA

Apps or Websites: If one needs the IPA transcription of sentences and paragraphs, checking every word from a dictionary is not very efficient. For those cases, websites such as tophonetics and easypronunciation can be helpful.

Repositories: To integrate the IPA transcriptions into applications, preparing or using a database is more efficient. For example, the ARPABET-based CMU Pronouncing Dictionary, CMUdict, is the go-to resource for many open-source projects. ARPABET uses ASCII characters, not IPA, yet, a small script can map it to IPA. Moby is another popular project. However, it is no longer maintained.

2022 was another busy year at Picovoice with new products, languages, SDKs, team members and customers.

“Should we Build, Open-source or Buy?” is probably one of the most popular questions in software development, and the answer is “it depends....

The NATO Phonetic Alphabet consists of a set of clear code words to communicate the letters of the Roman alphabet.

Transcribe Speech to Text with 3 Lines of Python

Learn how to transcribe speech to text using Picovoice Leopard Speech-to-Text Python SDK with only three lines of code.

Learn how speech recognition can help with language learning. We go through different approaches and their pitfalls.

How to Sound Recognition

Sound Recognition is the technology to understand the audio activity. Sound Detection, Sound Classification, and Sound Identification are th...