Voice activity detection (VAD) is a crucial component of many speech processing solutions. VAD detects the presence of a human voice within a stream of audio. Although simple to describe, this is a challenging task in the presence of non-stationary noise.

Picovoice’s VAD, Cobra, has initially been developed as an internal tool and then been offered to only a select number of alpha customers. Today, we are excited to make it publicly available. Cobra is

Press the microphone button to activate the demo.

Go to GitHub and start building with Cobra, for free!

An open-source comparison between Cobra and WebRTC's VAD (developed by Google) is available on GitHub. The Figure below summarizes the comparison in the form of a ROC curve (a larger area under the curve is better). 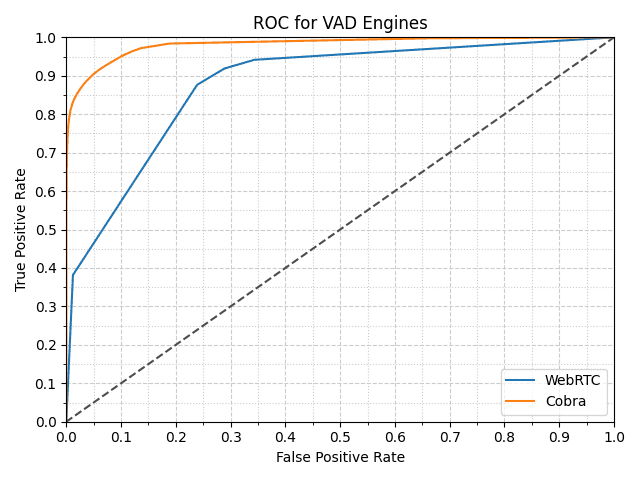