Initial studies on NLU started in the mid-60s at MIT, Bobrow’s Ph.D. dissertation followed by Weizenbaum’s ELIZA, a mock psychotherapist chatbot in 1966. Then Winograd built a more sophisticated system SHRDLU in 1971, again at MIT.

How does NLU work?

NLU analyses text input to understand what humans mean by extracting Intent and Intent Details. Then NLU matches what it reads with what corresponds in the training data.

For example, when NLU reads:

It breaks it into Intent and Intent Details, such as Entity:

Sometimes, this mismatch leads to funny conversations between machines and humans. Below is a snippet of a conversation between the Late Night Show host Stephen Colbert and Siri in its early days. Yet, this mismatch further frustrates already-frustrated customers when NLU doesn’t perform in enterprise applications. 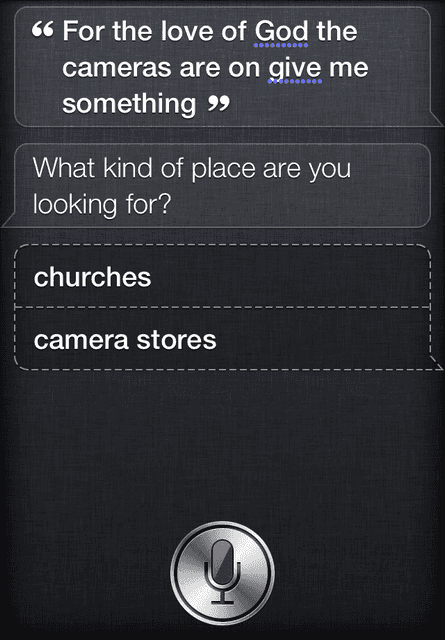 A Corpus is a large collection of machine-readable texts from natural language. A Corpus consists of anything based on written or spoken language, from newspapers, recipes, podcasts or even social media posts. A Corpus may include other data formats as well. For example, Corpus for image recognition has images such as drawings linked to the texts.

Cambridge dictionary defines Utterance as “something that someone says.” It refers to the smallest unit of speech with a clear beginning and ending. Yet, it doesn’t have to be a complete sentence. NLU processes an Utterance, a user’s input, and interprets it to understand its meaning.

Intents capture the general meaning of an utterance. The Intent of the Utterances “show me sneakers" and “I want to see running shoes” is the same. The user intends to “see” or “filter and retrieve” certain products.

Understanding Intents is just one part of the problem. Extracting details and understanding choices are as vital as understanding intents. Entities are also known as Slots or Intent Details. Despite the same intent, the utterances “show me sneakers" and “I want to see running shoes” have different Entities: “sneakers” and “running shoes.”

For more technical and academic information on NLU, Stanford’s Natural Language Understanding class is a great source. Check these articles to compare NLU with NLP and NLG or NLU with SLU. Don’t forget to review the buyer’s NLU guide and comparison of top NLU software before making a decision.

Estimations of the current Natural Language Processing (NLP) market size varies between $11B and $16B.

Natural Language Processing (NLP) focuses on 'understanding' a given content by extracting information from it.

NLP and Voice Recognition are complementary but different.

Learn the differences between end-to-end and hybrid speech-to-text systems in terms of accuracy, features, and total cost of ownership.